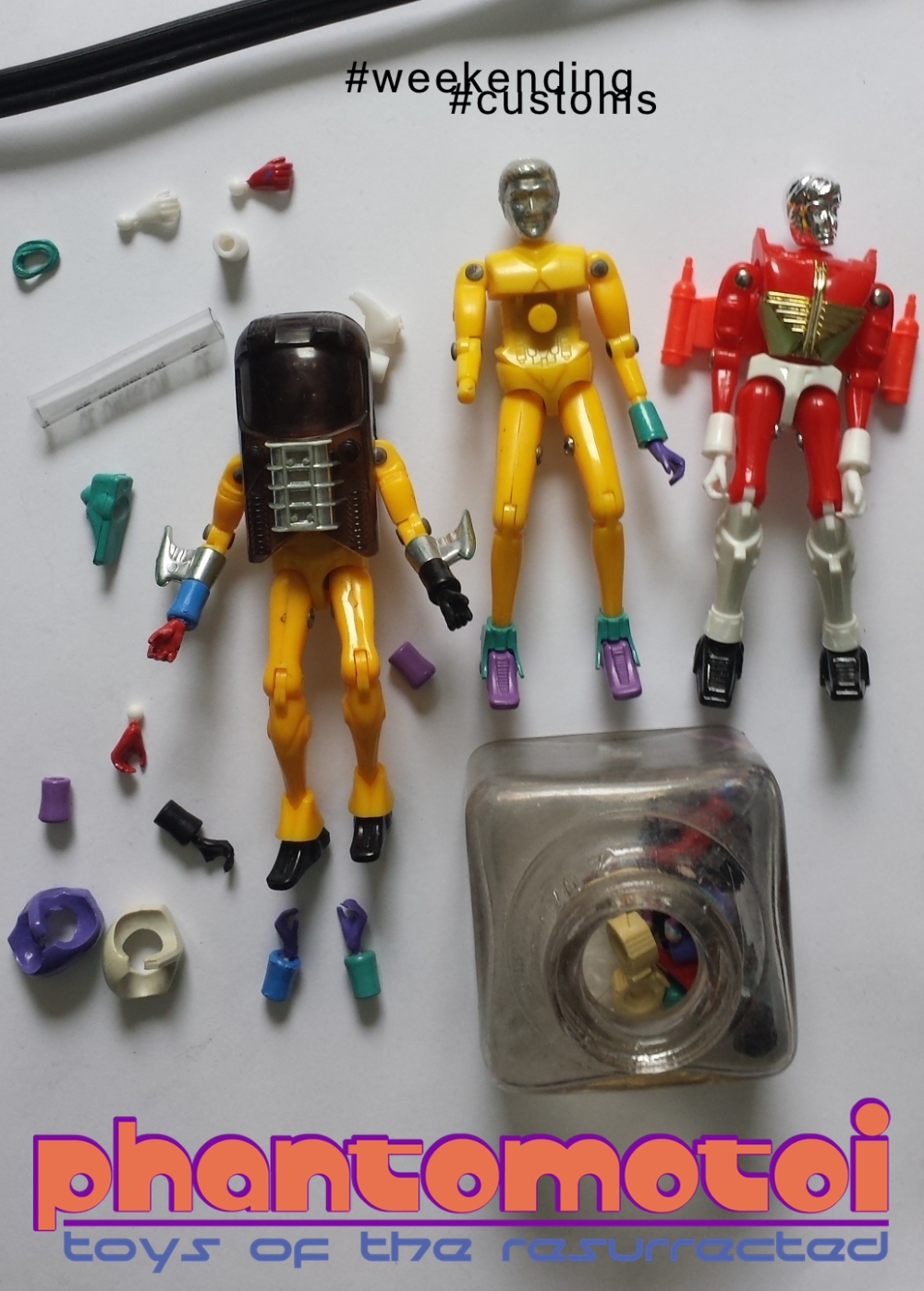 I always hated when my brother would chide, ‘Cool chrome faces … Super-hero black briefs and/or Vista-lite panties’ in a loud ‘Don Pardo-voice’ (try it, it’s actually pretty funny) while I would unpack my boxes of treasured Time-Travelers, Pharoids and Space Gliders to only name a few. That was NOT funny or cool, dude, but whatever, I was no Spring Chick-pea to poo on my Pop-Tart.

But, another perspective can give root to fresh ideas, as this was one of those moments.

So, sick of the now reoccurring ‘Micro-panties’ image in my head tenaciously knawing at my personal ‘things-I-deem-coolest’ cerebral catacombs , I started to disassemble and rebuild them (with the theme from ‘The Six-Million Dollar Man’ on infinite loop in my brain) in different color schemes that I had not seen before (until I joined ‘Instagram’ and found an entire community dedicated to this awesome art form)!

Liking the results of my customized color schemes that were now not instantaneously directing my eye to the ‘panty’ part (ack!), I began to draw out rough ideas of designing my own custom parts for my ‘Microman‘ and ‘Micronaut‘ figure collection. Little did I know that this would open up a ‘Pandora’s Box’ of creative endeavors. Like I said before, Takara, Japan’s ‘Microman‘ toy-line of the 1970s played a leading influence on my personal tastes when collecting ‘science fiction’ toys, so when ‘Star Wars’ toys were released in America, I barely batted an eye. I would always buy the Mego ‘Micronauts’ figures and kits (which are Americanized versions of Japan’s groundbreaking ‘Microman’ and ‘Diaclone’ toys) over the Kenner ‘Star Wars’ stuff, mostly due to the lack-luster joint articulation of the figures (‘In a universe far, far away … no elbows shall bend!’ LOL!). Read on …

I have this ultra cool DVD called ‘Toy Punks – Vol.1’ that is about Japanese Toy culture and the artists and companies that have influenced the market since its inception. It’s probably one of if not the best primer I have ever seen on the history of Japanese toys and the HUGE influence they have had on the entire WORLD of toy design and even American culture. Find it if you can, as I am not going to spoil it for you. But, Texas-artist-gone-vinyl-collector-toy-producer (and much more) Frank Kozik gives one of the most eye-opening interviews about his perspective being outside-looking-in to the unbridled world of Japanese toy culture and the ‘underground’ punk scene he grew up in. It’s epic.

Above – Phantomophigure production is somewhat of an ‘unground-type’ thing seeing as according to Frank Kozik, there is no ‘underground’ anymore! See ‘Toy Punks – Volume 1’
pictured below.

So be sure to check out periodically our ‘sister’ site to phantomoshop.com, phantomophigure.com that is going to cover more about this crazy ‘Polyverse’ stuff and what types of designs we will be releasing and when.

And just for the record, I have a KING-KONG of an update to do on both sites, I’ll get to that.

One thought on “Panties and Toy Punks”